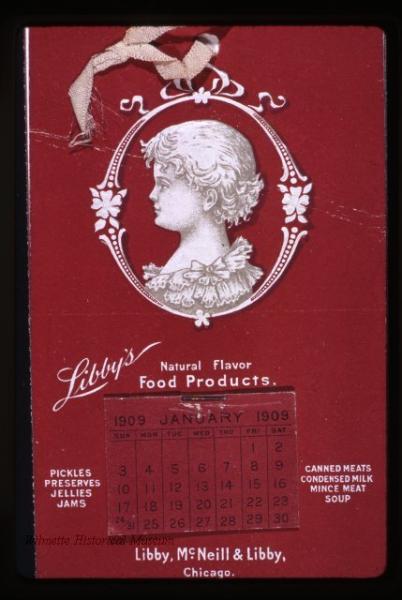 Despite our museum being closed for now, we want to stay engaged with you, our members and community. So, we’ve decided to create these blog posts to highlight our collections. We’ll start with an artifact or photograph from our own holdings and tell you more about it, plus share ways to dig deeper on your own.

Don’t forget that you can take a look at the rest of what’s available at wilmettehistory.pastperfectonline.com, where thousands of photographs, artifacts, and archives are posted online. Even though we may have to stay apart for now, we’re still hard at work to share Wilmette’s history with you. Send us an email at museum@wilmette.com if you have any questions or comments, and we’ll be in touch.

Many of you may be familiar with (and perhaps have some strong reactions to!) the rectangular can and bright red label of Libby’s corned beef. Did you know that Libby was a Chicago company for over a hundred years, and that canned beef was the company’s first product? 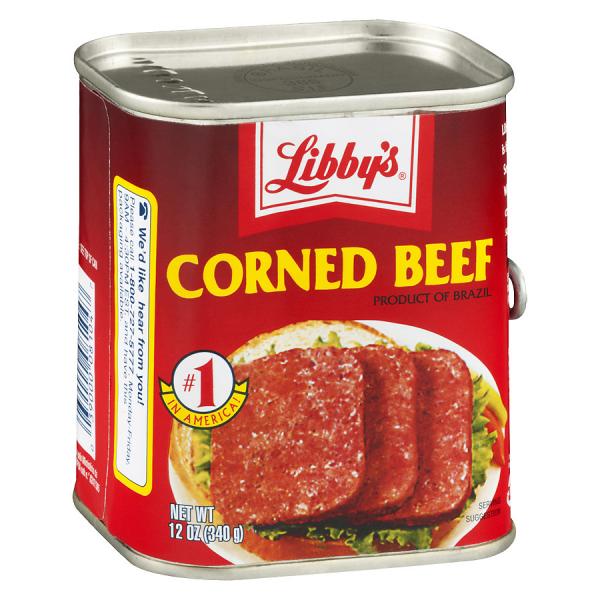 Libby, McNeill & Libby began in Chicago in 1868. In the early days, the company, started by Arthur and Charles Libby, brothers, and their partner Archibald McNeill, produced canned meat, which they packaged in triangular metal tins. The popular product grew their company, which expanded to 1,500 employees in the 1880s. 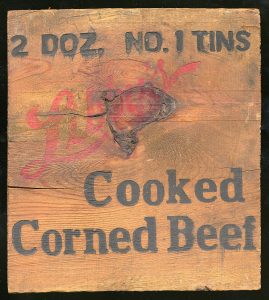 During the 1880s and until 1920, Libby’s meat production was run by Swift & Co. It’s estimated that the company slaughtered as many as 200,000 cows a year at the Union Stockyard. It wasn’t until later, around the time this calendar was produced, when the company began to sell other canned and jarred food products, including vegetables and juice. 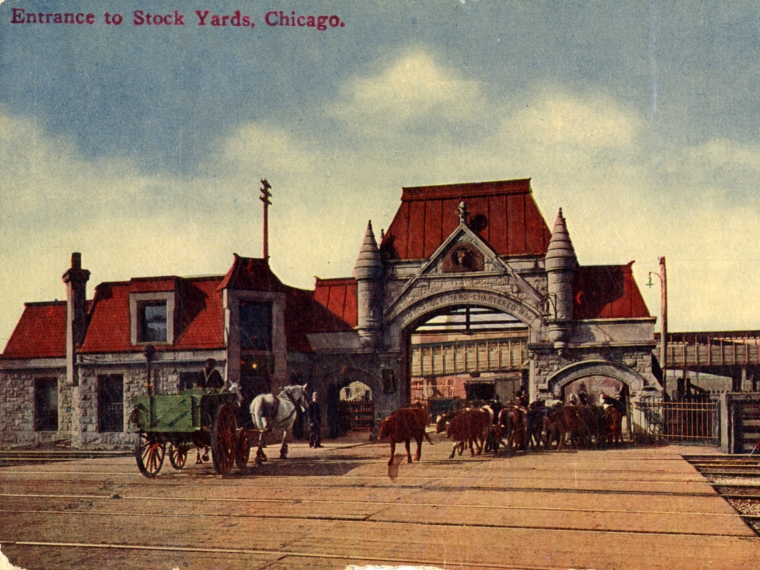 There’s no doubt that canning food changed way people ate and shopped. In times of war and scarcity, Americans might turn to canned foods.

An advertisement for A.S. Van Deusen’s grocery store in Wilmette appears in the September 2, 1921 issue of the Lake Shore News. The advertisement warns “All those who know say that canned goods must be higher. Buyers have not placed contracts and manufacturers have not put up the goods. Buy now.” Libby’s corned beef is listed “Very cheap; no. 1 can” and cost $0.23. At that price, perhaps shoppers did want to stock up! Read the whole issue at the Wilmette Public Library’s online archives. 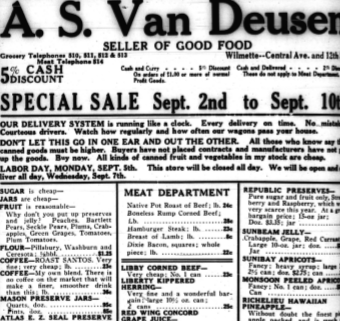 Libby was sold to Nestle in the early 1970s, and in 1985, the company left Chicago, ending its long run in the area. Explore more vintage packaging and advertising at Libby’s own historical archive.